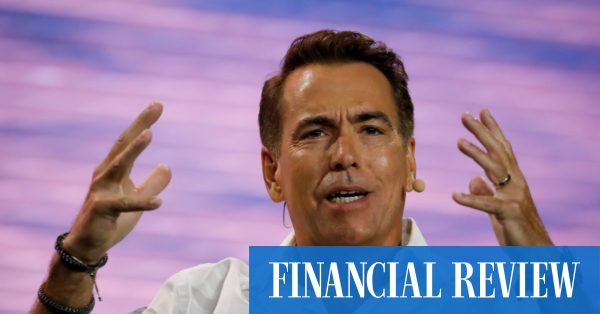 It was a surprise phone call from an old university professor that launched private equity investor Orlando Bravo into becoming one of the most prominent and vocal supporters of Sam Bankman-Fried and his crypto trading firm FTX.

The call was from Joseph Bankman, a professor of law and business at Stanford University who had taught Bravo in the late 1990s. At the time, in mid-2021, Bravo’s $122bn private equity firm Thoma Bravo was opening an office in Miami, the city where Bankman’s son Sam had just paid $135mn for a 19-year naming rights contract with the local NBA team.

Bankman told Bravo his son was looking for guidance on philanthropic projects in Miami to further his “effective altruism” mission. Only after they spoke did Bravo learn that Bankman-Fried was also in the process of raising a $900mn Series B funding round at a $18bn valuation, with a who’s who of investors including Sequoia Capital, BlackRock and SoftBank. He quickly called Bankman back seeking an introduction and a way into the deal, which was progressing quickly and would be the largest capital raising in crypto exchange history.

When Bravo and a partner Tre Sayle began due diligence for the funding round, they were taken aback by FTX’s numbers. The two-year-old start-up led by a relatively small staff of young traders was on course to earn over $200mn in operating profit for the year, unprecedented margins for an early-stage growth company that would normally be losing money. Bravo was blown away. Thoma Bravo invested more than $125mn in the round in June 2021, becoming one of FTX’s largest backers.

Thoma Bravo is just one of the blue-chip investors, including Singapore state-owned fund Temasek, Tiger Global and the Ontario Teachers’ Pension Plan, whose support helped lend Bankman-Fried’s business empire credibility before its sudden collapse this week, driven by concerns about its links with his Alameda Research proprietary trading group.

Since its launch in 2019, FTX has raised $1.8bn and was most recently valued at $32bn. Among its shareholders are some of the world’s most-respected hedge fund managers, including Brevan Howard Asset Management’s Alan Howard, Millennium Management’s Izzy Englander and the family of Paul Tudor Jones.

Now with FTX having filed for bankruptcy, their investments look to be a complete wipeout. Investors including Sequoia, SoftBank and Paradigm, which was co-founded by former Sequoia partner Matt Huang, have marked their holdings in the company to zero, vaporising hundreds of millions of dollars in value.

These investors will be left facing tough questions from their own clients about how they got it so wrong, why they did not demand seats on FTX’s board, and whether they ever really understood how the business was making money.

It was not meant to end this way. Investors said that FTX’s eccentric 30-year-old founder, who presented himself as the acceptable face of a wild west industry, was able to capitalise on a desire by people from more traditional corners of finance to invest in cryptocurrencies and also their fear of missing out on the next big thing.

California-based Sequoia, an early backer of Google, PayPal and WhatsApp, invested $210mn in FTX, and emerged as one of Bankman-Fried’s biggest cheerleaders.

In September it published a lengthy and flattering piece about the FTX boss, which said the firm had been wooed by his “vision about the future of money itself — with a total addressable market of every person on the entire planet”. His “intellect is as awesome as it is intimidating”, gushed the profile, which was deleted this week when Sequoia wrote its investment in FTX down to zero.

“We were seduced,” said a top investor that piled large sums into FTX. With hindsight, he thinks that when his firm questioned Bankman-Fried before investing, it “should have focused more” on details about the crypto exchange’s governance and financial controls — rather than its founder’s snowballing celebrity profile. The investor’s due diligence on FTX, he added, was only as good as the questions its executives asked the young entrepreneur, whose company was at the time being frantically courted by the world’s largest funds and banks.

The investor said he had some reservations during initial calls with Bankman-Fried, including the way the entrepreneur “comported himself” and a sense that he believed everyone else in the financial world “were idiots”.

“I wouldn’t have touched him,” he added, but it was not his ultimate decision.

One venture capitalist who invested in FTX said that due diligence did not reveal the high levels of leverage in the business — investors were only shown the balance sheet at quarter end and the leverage was not on it.

Mainstream asset managers have been scrambling to get exposure to cryptocurrencies, to woo customers interested in the sector. Such is the pressure that a senior executive at a major financial institution said his firm even briefly debated buying FTX as part of an internal push to “go bigger on crypto”. But the idea was discarded because of the “highly speculative nature of the business model and the underlying assets”, he added.

It is normal practice in venture capital for investors to ask for a seat on a portfolio company’s board, but at FTX, none of the investors had board representation.

After the rapid rounds of dealmaking, FTX’s only board directors were Bankman-Fried, FTX executive Jonathan Cheesman, who has subsequently left, and a single outside director, an attorney based in its corporate home of Antigua and Barbuda.

Orlando Bravo would become one of Bankman-Fried’s most vocal backers on Wall Street and a champion of cryptocurrencies and FTX. He believed the company had the potential to supplant some of the world’s biggest banks, a future championed by its founder. Bankman-Fried even declared last year that if FTX became the biggest crypto exchange, buying Goldman Sachs “is not out of the question at all”.

Multicoin Capital, a crypto hedge fund, told its investors this week its exposures were numerous. Its funds had invested in FTX and the firm also used the company to trade crypto. Multicoin was able to pull a quarter of its overall assets from FTX before withdrawals were suspended, but it told investors this week that about 10 per cent of the fund’s assets remained stuck.

The firm was also an active trader of the FTT token that appears to have been part of FTX’s demise. It sold the FTT tokens during a plunge this week, but the fund was not able to withdraw the assets. Multicoin said that Solana, a cryptocurrency affiliated with Bankman-Fried, was its single largest investment position. The value of the token, it said, had plunged as Bankman-Fried sold tokens to try to support his trading empire.

Solana has lost 45 per cent of its value over the past week.

“[All] of Multicoin’s operating entities and funds and employees are fine,” co-founder Kyle Samani told the Financial Times.

Even when a string of cryptocurrency exchange failures this year led to increasing pessimism on the industry, many investors maintained their optimism on FTX.

In September, Bravo said he was pulling back the firm from new crypto investments amid concerns about the industry’s business practices — but maintained high expectations for FTX.

He told an investment conference in Cannes the company was going to be “a big winner”, and he described Bankman-Fried as “one of the best entrepreneurs” he had come across.