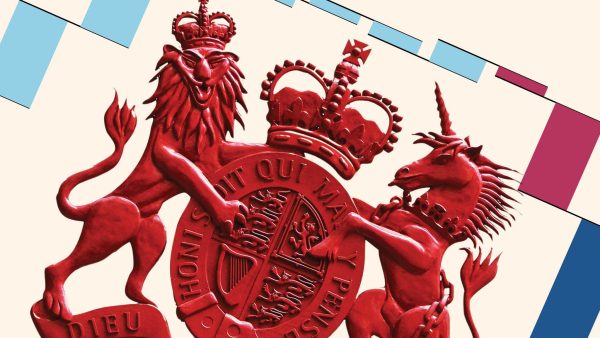 Eight words from Liz Truss explained how the prime minister hopes to restore Britain’s reputation for running sound public finances after sacking Kwasi Kwarteng, the chancellor she only appointed five weeks ago.

“Spending will grow less rapidly than previously planned,” she said, announcing a second partial U-turn on the disastrous September “mini” Budget that triggered chaos in the markets.

The importance of these words is difficult to exaggerate. They imply cuts to departmental budgets, reduction in capital expenditure plans and lower-than-expected non-pension welfare payments.

Paul Johnson, director of the Institute for Fiscal Studies, said Truss’s comments meant austerity was back. “[Spending] can’t increase much less quickly without actually going down.”

Although the UK public finances have many line items, the basic arithmetic for Truss and her new chancellor Jeremy Hunt is simple and brutal.

To reassure markets, the government needs to keep to its promise that public debt will decline as a share of gross domestic product in the medium term — so no later than 2027-28, the last year of the Office for Budget Responsibility’s upcoming forecasts. These will be published at the same time as the government sets out its debt reduction plan on October 31.

This commitment is significantly looser than the current fiscal rules, but financial markets will probably let that pass.

Financial Times calculations, which are similar to those from the IFS, suggest that, in 2027-28, the government would have to lower public borrowing by between £50bn and £60bn annually.

Some £18bn of the total will come from raising the corporation tax main rate to 25 per cent next April from 19 per cent today. Kwarteng had scrapped the planned increase in his fiscal statement, a decision that was reversed by Truss on Friday — the second U-turn following her decision not to abolish the top 45 per cent tax rate on earnings above £150,000 as her former chancellor had also promised.

The remainder of the money — about £40bn a year — would need to come from lower public spending, although the prime minister did leave open the possibility of reversing other tax cuts promised in the “mini’ Budget after calling the corporation tax U-turn a “downpayment”.

Torsten Bell, director of the Resolution Foundation, said that without further backtracking on other aspects of the fiscal statement the task would still be difficult. “The need to fund the remaining tax cuts and darker economic outlook — including higher debt interest costs — mean that despite today’s U-turns, Jeremy Hunt has just two weeks to decide how to fill a black hole of several tens of billions of pounds in the public finances,” he said.

To reduce the public spending totals by £40bn is far from easy, a challenge made harder by the promise of no real-terms spending cuts.

The easiest option is to just keep public spending rising in line with economy-wide inflation after the existing plans run out in 2024-25. But on the FT’s calculations, this is not enough to ensure debt is falling as a share of GDP.

In addition, the government is therefore likely to have to consider postponing some capital investment projects and allowing benefits to rise at a rate slower than inflation.

Together all three of these measures would enable the new chancellor to say that, on paper at least, the sums add up and debt is projected to be falling in the medium term.

This plan has problems, however.

First, public services are already struggling to live within the current spending limits and further cuts will increase pressures on services such as health, education and justice. The government gives no guarantees it will be able to live within the plans, especially as high inflation has already cut their real value.

Second, financial markets might doubt the credibility of promising cuts in public spending after the next election.

Bond market approval will be the ultimate test of the medium-term debt-reduction plan due at the end of the month. It still has a long way to go to make the sums coherent and credible.