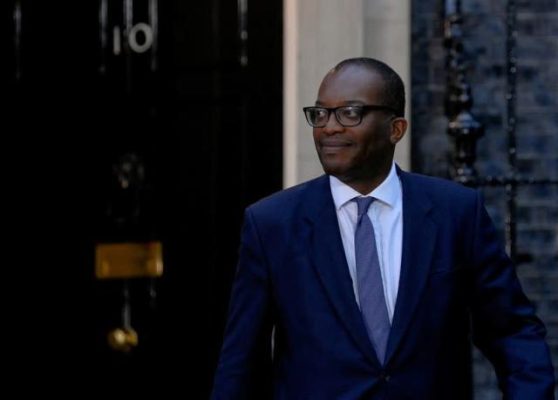 Investors have warned UK chancellor Kwasi Kwarteng that the bonanza of tax cuts and spending measures he announced on Friday risk undermining their confidence in the country.

On Friday the chancellor heralded a “new era” for the UK economy, in which he plans to boost growth by delivering the biggest tax reduction since 1972 at the same time as shielding households from sky-high energy prices.

But after a sharp market sell-off in response, a series of investors criticised the plans.

“There’s a real risk that international investors lose confidence in the UK government and that leads to a run on sterling,” said Mark Dowding, chief investment officer at BlueBay Asset Management. “The market is asking ‘how are you going to pay for this?’ . . . There’s almost a sense in which that question hasn’t been given a jot of consideration.”

Craig Inches, head of rates and cash at Royal London Asset Management, said that if the chancellor’s plan did not boost the economy, the UK could “potentially be on the hook for” a credit rating downgrade.

Quentin Fitzsimmons, a portfolio manager at T Rowe Price, added the UK government’s strategy was “to go for broke”, leaving gilts and sterling as “casualties”.

“The true cost of this massive borrow-to-spend binge is likely be high. Possibly very high,” he warned. “As the old saying goes, ‘it takes forever to gain credibility, which can also be lost in an instant’ . . . Sterling and the gilt market have very long memories.”

The chancellor’s announcement triggered turmoil in the financial markets. Long-term gilts suffered their worst day since the 1990s as investors anticipated the government would have to pay substantially higher borrowing costs to raise an extra £62bn from bond investors by April, while the pound’s recent slump deepened.

Two-year gilts were hardest hit in Friday’s sell-off, with yields surging by 0.63 percentage points to 3.8 per cent. The Debt Management Office said the additional borrowing, which takes total gilt sales for the 2022-23 fiscal year to £193.9bn, would be concentrated in shorter-term bonds.

But longer-dated yields also leapt higher, with 10-year borrowing costs reaching their highest since 2011 at 3.8 per cent.

Adding to the pressure on gilts was the Bank of England’s announcement on Thursday that it will next month begin the process of shrinking its balance sheet by offloading bonds it bought under previous stimulus programmes, starting with £8.7bn of gilt sales in the final quarter of 2022.

“With the BoE turning from a buyer to a seller of gilts, and looking increasingly unlikely to be a buyer again in the future, this will be a test of whether private investors can absorb a vast amount of issuance,” said Daniela Russell, head of UK rates strategy at HSBC.

UK central bankers are already battling to tame inflation with a series of interest rate increases and after Kwarteng’s announcement markets bet that the BoE would have to lift borrowing costs even faster to offset the inflationary effects of his stimulus.

Inches said the BoE was in a “vicious feedback loop”.

“The bank almost needs to be cruel to be kind. At the moment they have a big credibility issue,” he said.

The prospect of higher borrowing costs failed to lure investors into the sterling market, with the pound sinking below $1.09 for the first time since 1985 on Friday. Sterling also tumbled 1.9 per cent against the euro.

Analysts say that the extra borrowing will pile further pressure on the UK’s current account deficit, which widened to a record 8.3 per cent of gross domestic product in the first quarter of 2022 — leaving London reliant on international investors to finance its increased debt issuance.

“Put simply, it is American and European pensioners that will need to purchase the extra issuance of gilts,” said George Saravelos, global head of FX research at Deutsche Bank.

“But in an environment of such high global uncertainty, we worry that the price foreigners will ask in return for financing the new stimulus will be very high. In other words, the equilibrium value of gilts expressed in dollar and euro terms will have to come down sharply.”