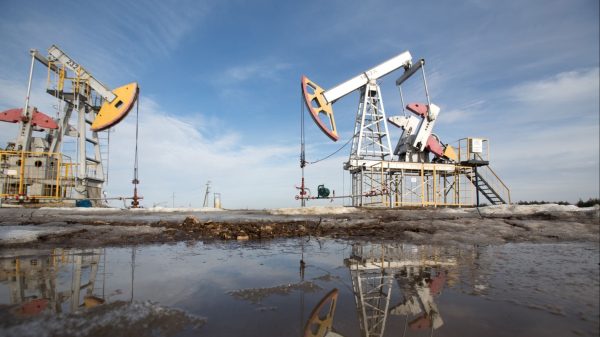 A plan to cap the price of Russian oil exports is close to being finalised, the G7 said on Friday, with details emerging of how they aim to reduce a vital source of revenue for the Kremlin while limiting the impact on supply and global prices.

The G7 agreed in principle on the price cap in September in response to president Vladimir Putin’s war in Ukraine, but ministers are still working on the final details of its implementation.

“This is a good mechanism for making sure energy remains on the market but that the gains Russia gets from it have a ceiling.”

In the first eight months of 2022, Russia earned 7.3tn roubles ($117bn) from oil and gas sales, roughly 30 per cent of the federal budget for the entire year.

The G7 decided in September that the cap will work by allowing western companies to provide insurance to seaborne Russian oil exports, so long as the crude has been sold at a price below the cap.

“We will finalise implementation of the price cap on seaborne Russian oil in the coming weeks,” the ministers said in a joint statement following two days of talks in Germany.

The G7 includes the US, Japan, Germany, the UK, France, Italy and Canada. Australia is also taking part in the plan.

The pledge comes a day after the UK said it would cut off the vital Lloyd’s of London insurance market for ships carrying Russian oil, with a waiver for any countries that sign up for the price cap.

Western officials say that the success of the initiative will hinge on how many countries outside the G7 choose to sign up or buy at — or below — the cap, with China and India seen as two critical targets given their size and longstanding oil purchases from Russia.

Moscow has vowed to not sell oil to any country that implements the cap. New Delhi and Beijing have not shown any indications that they will adopt it. US officials are hopeful that even if India and China operate outside the cap it will still be used as a bargaining chip to negotiate lower prices from Russia, curbing Moscow’s revenues.

G7 members have agreed that the cap will be set at a fixed price, according to a coalition official, rather than a floating rate tied to existing benchmarks such as Brent crude oil, which helps set the international price.

Buyers of Russian oil under the cap will also be allowed to sell the oil on at market rates in their domestic markets or if transported to another country by pipeline, the coalition source said. But any onward sale involving shipping the oil by sea would have to abide by the rules of the cap, limiting the price at which it could be sold on.

Traders would not be able to resell seaborne cargoes of oil at market rates, the coalition official said. Russian oil that has been refined into fuels such as diesel or petrol can be sold at market prices, however.

James O’Brien, head of sanctions co-ordination at the US state department, said on Friday that the cap would “certainly be ready” for implementation by the deadline of December 5, the date EU and UK sanctions against Russian crude oil come into effect.

Companies in the EU, US and UK will still not be able to import Russian oil as their bans on seaborne Russian imports will supersede the cap, which is aimed outside these countries.

“The price caps have been discussed for long enough that market participants understand that it is coming and they’re providing views on the best way to implement it. Good technical talks [are] under way on issues of pricing and governance,” O’Brien said.

US officials have stressed that they want to set the price at a level that was well above the costs of production for Russia in order to keep oil flowing, but far enough below the market price to encourage countries such as China and India to participate, triggering expectations that it could be fixed somewhere close to $60 per barrel.

“India and China are major importers of Russian oil. Our goal is to see Russian oil reach the market. India and China are very tough negotiators on price, so I expect they will not want to pay full price,” O’Brien said on a visit to Brussels for meetings with European Commission officials on sanctions.

“They’re very interested in what will be allowed and what will not as a part of [the price cap].”